Whether you’re a health care professional, direct care worker, or housing or service provider, the conversations that you have with older adults can help identify potential mental health issues. 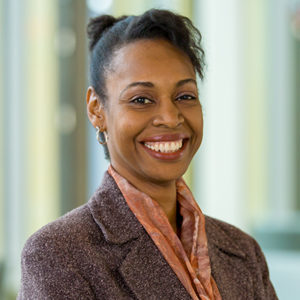 “It’s about forging relationships,” says Earlise Ward, PhD, a licensed psychologist and associate professor at the University of Wisconsin–Madison School of Nursing. “How do you forge relationships? By being active, engaged listeners. When people know you’re listening to them, then they’re more likely to engage and share.”

Depression is less prevalent among older adults than the general population. Yet the consequences can be more serious for elders, compounding physical conditions, affecting cognitive function and increasing the risk of suicide. At least half of older adults with depression first experience it later in life.

People with chronic physical conditions—especially cardiovascular disease and diabetes, as well as stroke patients—are at greater risk for depression. That suggests an important role for providers who routinely see these patients, in supporting their mental health.

“Ideally, depression screening should be routine,” says Ward. “When folks are coming in for diabetes or hypertension related issues, especially middle aged and older adults, their primary care providers can ask, ‘How are you feeling today? I know it can be a challenge, managing your condition and it can really impact your quality of life.’”

Depression is also more common among long-term care residents. That’s likely because many residents are living with chronic health conditions and have lost their spouse, partner or other loved ones.

When engaging someone who you think might have mental health issues, ask open-ended questions, suggests Ward. Based on their responses, health care providers might decide to screen them for depression. Care workers, housing or service providers might follow up by involving social workers, psychiatric nurses or other health care professionals, as well as family.

It’s important to ask about someone’s mental health “as if they’re standard questions,” advises Ward. “If you make it overly sensitive—‘I want to make sure that you’re comfortable answering these questions’—then you’re already setting up a barrier. Folks are already becoming anxious.”

Ward uses a conversational approach. For example, “‘When was the last time you had a good cry, a good old cry? And what was that about? What was going on that may have led to that?’ … And then you probe. You ask additional questions based on that response.”

While there are evidence-based interventions for depression, such studies often “don’t have a representative sample of African Americans,” explains Ward. “We also have research suggesting low treatment seeking among African Americans. So we don’t really know what works for this group.”

In a study involving older African American women, Ward found that they had “experienced symptoms of depression but didn’t know it was depression. In fact, some thought that it was normal. You have good days and you have bad days, and that’s how it goes.”

Culturally adapted interventions, which reflect a community’s cultural beliefs, attitudes and behaviors, are more effective than general approaches. Ward does community-based participatory research, which recognizes that “individuals are the experts on their own lives. They’re the experts in terms of what they need and what are their preferred ways of coping.”

Based on her findings, Ward developed the Oh Happy Day Class, a community-based 12 week intervention for African Americans with major depressive disorder. Two pilot studies, including one with older African American women, found that the class is effective at reducing depressive symptoms.

To help those who are struggling, more people need to talk about depression.

“Have that conversation in a very genuine and authentic way,” says Ward, “so that the individual knows you’re coming from a place of concern and care.”