What is the difference between the medical model of care and person-centered care?

For Tonya Roberts, RN, PhD, it’s all about the relationships.

“Person-centered care is part of this culture change movement, which is a systematic transformation of the entire nature and philosophy of long-term care,” explains Roberts, who is an assistant professor at the University of Wisconsin–Madison School of Nursing.

“Historically, long-term care is institutional, medically driven, task focused types of care. Person-centered care is focused on the quality of life that an individual has, what makes them a person, and organizes care around the individual rather than the task.”

Roberts previously worked as an assistant director of nursing, nursing supervisor and CNA, all in nursing home settings. She learned about person-centered care during her graduate studies at UW–Madison. 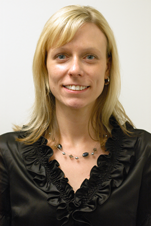 “I knew person-centered care was what the long-term care field needed,” she says.

Roberts’ research focuses on effective ways to deliver person-centered care in nursing homes. She’s found that relationships—between staff and residents and among the residents themselves—are key.

For her doctoral dissertation, “I tried to understand the process by which residents and staff develop close relationships. Relationships are considered the fundamental building block to person-centered care, but that’s not well defined,” says Roberts. “What is a close relationship? How do you foster them?”

Roberts was surprised to find that the residents who shared their care preferences with staff weren’t necessarily the same people who had close relationships with staff. She thinks that might change if long-term care residents have tools that help them communicate with staff.

While much of the attention to relationship building in person-centered care focuses on the dynamic between staff and residents, Roberts says fostering relationships among residents is also incredibly important.

While a busy, varied activities calendar is often considered an indicator of nursing home quality, it can unintentionally make it more difficult for residents to get to know each other.

“You’re rolled in at the start of this structured activity,” says Roberts. “Whether it’s singing or music or bingo or whatever, you get involved in that activity immediately. You don’t have the opportunity to interact with the people around you. As soon as the activity’s over, there’s an effort by staff to get everyone out of the room and back to where they came from.”

Roberts remembers exactly what one nursing home resident told her years ago: “You don’t even have time to look somebody up.”

In addition to giving residents time for free-form discussion, it’s helpful to have common space in the facility “just for people to get together and be together,” suggests Roberts.

Meals provide another relationship-building opportunity. “Residents form connections with the people who they sit with around a table,” says Roberts.

Getting resident input on mealtime seating arrangements can help foster relationships, as well as not changing seating “once residents have established a regular table, unless it’s absolutely necessary.” What seems like a small seating switch to staff “can end a relationship that’s really important to someone,” warns Roberts.

Room and roommate decisions, which are often based on health needs, space constraints and other logistics, also impact residents’ ability to form and maintain meaningful relationships with their peers.

“If a resident is moved down the hall, or moved to another unit because maybe there’s an infection control issue or maybe they had a fall, that may end a relationship,” says Roberts. “Because of the limited functional capacity that many nursing home residents have, they’re no longer able to get to the person who they used to talk to and share things with.”

Likewise, roommate decisions are best made with resident input, considering the compatibility of two people’s schedules, interests and health needs.

“One resident said to me, ‘The staff here just don’t get it. They can go home after work and have a glass of wine and forget about their day. But I can’t leave. I can’t even get out of my bed,’” says Roberts. “It’s profound knowledge that some people are captive. They need control over who’s brought into their space.”

Roberts sees the goal of both her research and teaching as “bringing that human aspect forward. The people in nursing homes are valuable individuals who deserve dignity, respect and care. They’ve had triumphs and tragedies and achievements and a lifetime of work, meaning and purpose. If we can keep that at the forefront of our minds, it would make a tremendous difference.”