In many ways, ageism is similar to other forms of discrimination.  Images, language and widely-held expectations communicate and reinforce negative stereotypes about a large, diverse group of people.

“How many times have you heard your parents say, ‘Oh gosh, I’m having a senior moment,’” Betsy Abramson asks students at an event organized by the University of Wisconsin–Madison School of Nursing’s Center for Aging Research and Education.

“It’s not a senior moment,” says Abramson, the Executive Director of the Wisconsin Institute for Healthy Aging.  “Haven’t any of you forgotten your keys or your cell phone or where you left your backpack?  So why do we attribute a minor lapse in memory as being due to our age?”

Ageism is unique in that it takes root when people are young and don’t identify strongly with older adults.

“Unlike race and gender stereotypes, we acquire age stereotypes before they can apply to us,” explains Abramson.  “By the time we do reach older age and the stereotypes become more self-relevant, we’ve already internalized them.”  When that happens, many people “lack the defenses to ward off the impact of those negative stereotypes and self-perceptions.” 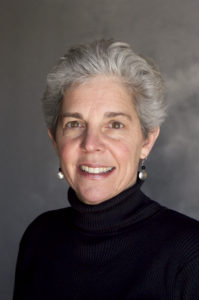 Ageism often makes people reluctant to be “out” about their age, which creates a vicious cycle.

If everyone is silent or lies about their age, “no wonder younger people don’t think they know anyone who’s older and active,” says Abramson.  “Don’t ask, don’t tell didn’t work well for gay people.  I don’t think it works well for older people.”

The impact of ageism goes beyond societal expectations and self-image.  It can, quite literally, make you sick.

At the Wisconsin Institute for Healthy Aging, Abramson and her colleagues develop and offer evidence-based programs that promote healthy aging, including the “Living Well” chronic disease self-management and “Stepping On” falls prevention workshops.

“Not surprisingly,” continues Abramson, “these negative perceptions about aging become self-fulfilling.  These older adults do have higher levels of arthritis, hearing loss and heart disease than those who attribute disabilities to other causes,” rather than just aging.

Paying attention to the language used to describe aging and older adults is a good first step.

In addition to avoiding ageist language, “It’s really important to be honest about your age,” says Abramson. “It’s important to have friends in all generations. Like having friends from different cultures, it helps you get a richer perspective. It helps you realize that ageism is bad for everyone’s health, from older adults to little kids.”