“Almost everyone experiences stress,” says Megan Zuelsdorff, PhD, an epidemiologist and assistant professor at the University of Wisconsin–Madison School of Nursing.

“Stress is an underlying construct for a lot of my research. I think of it as both an outcome and as a social determinant of other aspects of health,” she says. She points out that stress can directly and indirectly affect well-being. 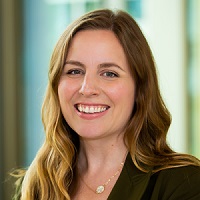 “Stressful experiences and the presence of chronic stress in our lives can shape a lot of health behaviors,” says Zuelsdorff, such as diet, sleep, physical activity, and chronic disease management.

Stress may also contribute to health disparities, including brain health in later life.

“Black and Native populations, for instance, are at substantially increased risk for dementia,” she says. Racial disparities in dementia have not been explained by research into genetic or cardiovascular risk factors.

Recent findings suggest that socioeconomic advantages, such as education and wealth, can explain brain health disparities. This is good news because it suggests that risk pathways, once identified, can be modified to support brain health.

Zuelsdorff leads the Stress and Resilience in Dementia (STRIDE) study, which seeks to understand how stress and the body’s responses to it can accelerate brain changes associated with aging, and lead to cognitive impairment or dementia later in life. STRIDE also explores how community resources support brain health.

“With the STRIDE study, we’re prioritizing recruitment of Wisconsin’s rural, African American, and Native communities,” she says. “We’re trying to be responsive to stakeholder feedback, adjusting the protocol along the way.”

Too often, research participants do not reflect the communities most impacted by the health conditions being studied. The resulting findings may not be applicable to those most in need of evidence-based health interventions.

“We don’t have the kinds of community-specific data that would help us tailor intervention work or reinforce existing resources that are already working” to support brain health, says Zuelsdorff.

Early in the STRIDE study, Zuelsdorff realized that the communities involved were experiencing stressors and relying on resources that she hadn’t anticipated.

“Many people were trying to hurry through the consent process, because they were headed home to share a car, or headed home to someone who they were providing some sort of care for,” she says. “Or they would tell me, ‘I rely on my church to cope.’ Through informal feedback like that, I realized that I was missing a ton of relevant challenges and resources, and needed to incorporate additional measures.”

“It’s easier to think about the kinds of stressors that might be community specific or disproportionately impacting different communities,” she says. “We also need to know the resources that might help mitigate harmful impacts in these communities. Yet these resources tend to be invisible to dominant populations,” including researchers who are well-educated and often white, well-paid, and living in cities or suburban areas.

“When communities have been marginalized, whether rural or Black or Native communities, they tend to rely on informal resources and structures that they build themselves,” says Zuelsdorff. “These resources can be so valuable, but they’re often invisible to researchers and others not from the community.”

As she adapts STRIDE to safely continue research during the COVID-19 pandemic, Zuelsdorff wonders about the impact on community resources.

“I do worry that social connections that are key to successful aging and can provide powerful protection against stressors have been broken due to the shutdown,” she says. “If we understood these resources better, we could help reinforce them.”