By 2050, just over one-fifth of the U.S. population will be age 65 and older. Medical advances have increased life expectancies worldwide, so we’re not alone. In fact, other countries will see more dramatic changes than the United States expects.

Due in part to low fertility rates, one-quarter of China’s population—some 335 million people—will be age 65 and older by 2050. Turkey has a relatively young population now, but declining birth rates and improving health measures will lead to a tripling of the older adult population, relative to working-age adults, by 2050.

What can the U.S. learn from, and contribute to, efforts addressing older adult health internationally?

In China, older adults face disparities in the health care insurance system, as well as too few geriatric hospitals and nursing homes, according to The Lancet. Health literacy is lowest among people in their late 60s, and few resources are devoted to health education and promotion. 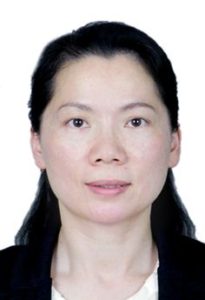 The Chinese government is responding by “encouraging experts, scholars and practitioners to explore models of care for older adults, as well as training staff and educating nursing students to care for older people,” explains Hui-min Xiao, PhD, MSN, the Associate Head of the School of Nursing at Fujian Medical University in China.

Xiao is an accomplished researcher and award-winning teacher who recently arrived in Wisconsin, to spend at least six months as a fellow of the Center for Aging Research and Education (CARE) within the University of Wisconsin–Madison School of Nursing. During her time here, she will compare long-term care models in Madison and her home city of Fuzhou, explore how U.S. nursing students and nursing home staff are prepared to care for older adults, and expand her research on palliative and end-of-life care for frail seniors.

“Disability is a great concern among Chinese older people,” and is often caused by chronic diseases, says Xiao. Currently, more than 37 million elderly Chinese have disabilities, the China Research Center on Aging reports.

One difference between the Chinese and U.S. healthcare systems is the range of services offered. “Adult care in China emphasizes physical care,” states Xiao. “There are not enough resources for psychological, social and spiritual care, in hospitals or community health centers.” 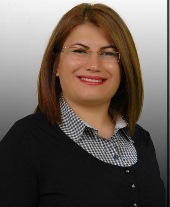 In Turkey, universities only started including geriatrics in their health care programs over the past decade. Even now, while “courses about geriatric patient care are offered by larger universities, there is only an optional lesson on geriatric nursing at my school,” says Yeliz Akkus, PhD, an associate professor at Kafkas University, Health High School in the Department of Nursing in Kars, Turkey.

Thanks to a growing awareness that Turkey’s population is aging quickly, more schools are offering geriatrics courses and more health sciences students are specializing in older adult care. Turkey is also devoting resources to increase the country’s nursing workforce overall, in order to meet European Union standards for medical care.

“In Turkey, the biggest health issues facing older adults are dementia and nutrition,” says Akkus, who just finished a six month fellowship with CARE. “Four hundred thousand people have Alzheimer’s disease, and malnutrition is a problem in long-term care facilities and hospitals.”

It used to be common for four generations of family members to live together and care for their children and older adults. In Turkey today, “most elderly people are cared for in their home by a family member,” says Karatay.

That’s changing, as “large, extended families are giving way to small, nuclear ones.  More people are moving from rural to urban areas, and more women are working outside the home,” explains Akkus. “The need for nursing homes in Turkey is increasing.”

Yet, “in Turkey, there are limited long-term care services, compared to the U.S.,” says Akkus. Providing these services is complicated by the fact that many facilities serve multiple groups, including older adults, homeless people and people with physical disabilities, such as multiple sclerosis.

Akkus credits her time in Wisconsin with deepening her qualitative research skills and improving her English. Both will help her contribute to the expansion of nursing in Turkey, where nurses will be essential to meeting the needs of a growing older adult population.