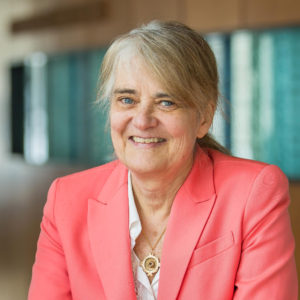 A collaboration that began twelve years ago while Barbara Bowers, PhD, RN, FAAN, associate dean for research and Charlotte Jane and Ralph A. Rodefer Chair at the UW–Madison School of Nursing, was doing research and teaching part of the year in Australia, has blossomed into a globe-spanning partnership between Bowers and Australian Catholic University sociology professor Ruth Webber, PhD. (photos: B. Bowers, top; R. Webber, below)

This unlikely partnership between professors of nursing and sociology has produced numerous internationally published papers and book chapters. Training manuals they recently developed could become international standards for long-term caregivers working with older adults with intellectual disabilities (ID). Most recently, Bowers and Webber published “Residential Aged Care for People with Intellectual Disability: A Matter of Perspective” in the Australasion Journal on Ageing.

Webber was in Madison for several weeks this fall working on new research projects with Bowers. She says that she makes a yearly sojourn to the UW–Madison while Bowers typically visits Australia twice a year. That time spent working together, she says, is vital to their communication and productivity. 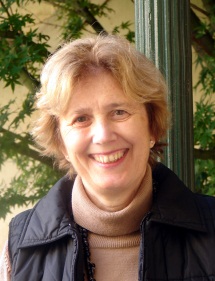 an amazing partnership,” Webber says. “Barb and I e-mail constantly and talk at least once a week on the phone. We have totally different skill sets, which is very helpful. I’m very technical and good at using statistical programs. Barb is really tremendous at the theoretical, analytical side and an experienced qualitative researcher. So when I come over here, we work in one room together, and we lay out two or three papers we’re going to write. It’s much more efficient than when we’re in our respective countries e-mailing and phoning.”

During Webber’s visit this fall, she could be frequently seen writing on her laptop in Bowers’s office. Whenever possible, they carved out time to work together, and the process involved back and forth collaboration, conversation, and resource sharing.

Their unique partnership, Webber said, would not work if their respective universities and departments did not support them both. Webber and Bowers have received three federal grants in Australia to support the work. They have conducted studies and published findings on what happens to people who are aging with an intellectual disability; how people with intellectual disabilities are cared for in hospital settings; and how people who care for this population in group homes, assisted living settings, and nursing homes are themselves prepared and supported. A training manual produced from these studies included input from undergraduate and graduate students at the UW–Madison School of Nursing. The manual is now being used in Australia, and the U.S. family members caring for people aging with an intellectual disability have also found the manual to be very useful.

“The School of Nursing has been incredibly generous in supporting our work,” says Webber. “In the beginning, I thought this was mainly going to benefit Australia. But as we began to realize the relevance of our work for the United States, the momentum has now transferred back to Wisconsin. The impact may be even greater here because the Wisconsin Department of Health Services has picked up our training manual for group home workers and made it available on the DHS website.”